Being one of the multi-billion companies around the world, Amazon continues to grow exponentially. Among the huge arrays of strategic tools and assets at our disposal, one tool proves to be contributing success to the company: data valuation. So, how does data valuation helped the company rise to the top of the SEC firms list?

The Database as a Negotiating Tool

Being the powerhouse online retailer that Amazon is, this company amassed data and information from its consumers over the past decades of its operation. Now, Amazon has a well-defined database of information that competes with social media giants despite being a retail-based company.

Amazon’s database system is undoubtedly one of the largest databases of consumer information across all industries. It’s that size of the database that majorly contributes to Amazon’s overall asset worth. Thus, data valuation helps Amazon by assigning a monetary value to its database. With the empirical value from its information systems, Amazon’s databases are now Bezos’ negotiating tool with his investors. This helps implore investors to invest in the company.

Information is power in today’s context, and Amazon is an online company that has an outstanding system of informatics. Here’s how the company became one of the players in information consumption and data commercialisation.

Amazon is adept at utilizing information to its advantage. Its technique focuses on treating users’ online activity as immediate feedback where they can exploit marketing strategies. Algorithms take in consumer behaviors through what they click, search, and what their mouse hovers. After which, the algorithm recommends more relevant shopping items in hopes for buyers to increase their interest and potentially purchase goods. Amazon also uses data to procure policies that make customers definitive in giving out favorable responses.

Taking over a company or a firm had become a normal business occurrence. This is a strategy that many entrepreneurs have used since the rise of capitalism and entities like corporations. Thus, it’s not surprising that Amazon will use the same strategy to put leverage on itself.

The earliest trace of a major takeover of Amazon.com Inc. is when it acquired Zappos, leading shoe retail, last 2009 for one billion dollars. Amazon shows its keen interest in retails, owning Pillpack Inc. in 2018 and Whole Foods Market last 2017. The company also bought Twitch, which is a live streaming platform for 970 million, and even MGM Holdings Inc. and Studio.

With Amazon’s continuous streak of acquiring businesses, all of these hold important databases with contributing values. However, all of this information system will hold no monetary value without the data valuation process.

Data as a Trading Asset

Apart from the online retail store that everyone knows Amazon for, the company also invests in cloud computing and other informatics systems. Cloud computing allows storage of data, as well as interaction with the data on various devices. The same service also accounts for the startup of websites and other IT services related to it.

Such databases are Amazon’s subject to data retailing which is an industry of its own. Companies like Amazon are actively engaging in data trading, which is the buying and selling of consumer data. The sale of any database will only be possible if such an information system has undergone data valuation. 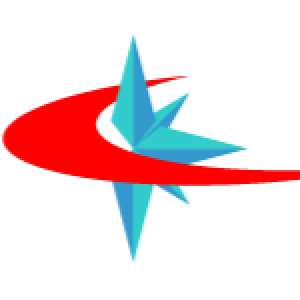 Small Business Near Me is passionate about helping small and micro businesses with their marketing. Our blogs provide information about things to consider and ways you can manage some marketing on your own, and the digital marketing agency provides extra assistance for professional and affordable services.

Have a great weekend and as always, support a smal

These days, people are looking to connect with sma

Keep in touch with our regular marketing tips

Add your business to the Australian Small Business Near Me Directory

Latest news for small businesses in Australia, plus marketing tips.

Being one of the multi-billion companies around the world, Amazon continues to grow exponentially. Among the huge arrays of strategic tools and assets at our

Start Your Own Blog in 2022 Writing a blog can be an exciting way to share your thoughts and opinions with the world, whether it’s