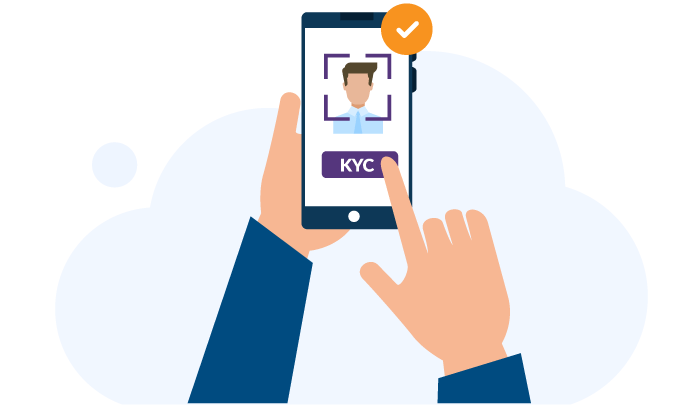 Various areas of the globe are simplifying their personalized onboarding process as technology improves. Online firms are implementing cutting-edge technologies to minimize effort, boost productivity, and build consumer loyalty. Nonetheless, there are flaws in everything, and technology is no exception. Cyberattacks are becoming more common in businesses nowadays.

Crooks abuse these advancements for their own ill-gotten profits. Money laundering, terrorist financing, trafficking, synthetic identity fraud, account takeovers or ATOs, and data leaks have all become much more prevalent. However, a review is conducted on a regular basis, sometimes through a video KYC approach, which helps businesses in decreasing illegal activity.

Because internet businesses are constantly on the border of possible cybercrime, they adhere to particular criteria in order to limit criminal activity on their platforms. Know Your Customer (KYC) standards are one of the methods used to streamline corporate operations and prevent scammers from illegally obtaining customer identities. These standards aid businesses in better understanding their customers through a series of tests that include document verification, face identification, and other related methods. KYC not only assists companies in developing a safe and secure relationship with their consumers, but it also aids in the implementation of Anti Money Laundering (AML) regulations, which are critical in the fight against cybercrime.

Except for the techniques of validation, the process of a video call for KYC verification is identical to traditional KYC. Customer information is supplied through a live video session with a validation specialist who goes through the onboarding process in the E-KYC video verification approach. Important facts such as name, address, SSN, or any other type of government-issued document that acts as ID verification are used by the KYC agent. Video verification or video KYC is the same as traditional KYC, except it is done digitally and is more cost-effective, rapid, and trustworthy. It saves clients time and effort by eliminating the need to visit a physical location to conclude the onboarding process.

Video KYC: How It Works?

Because the user must follow the KYC expert’s directions, the process of KYC verification through a video call is simple and easy to understand. The following are the processes involved in a typical video KYC process:

Supervisory organizations such as the FATF promote effective methods to prevent money laundering, terrorist financing, and other dangers to the international financial system’s security. Its international standards apply to organizations in both member and non-member nations. Realizing this, online ID verification systems have developed their systems suited to their requirements and established their operations on a global scale so that strengthened and trustful business relationships can be created.

Other Use Cases of Video KYC

By offering a secure form of customer onboarding, end-to-end video identity verification helps internet organizations against spoofing efforts, synthetic identities, and identity theft. Scammers can no longer steal consumers’ identities since every piece of information is confirmed during a live video conversation that is virtually identical to face-to-face contact. The video KYC procedure is repeated in the event of connectivity challenges or potentially fraudulent behavior until the KYC expert is convinced with all of the facts.

Online companies may run their activities without worry of establishing relationships with illegal entities and persons thanks to KYC video confirmed users. To summarize, video KYC enables safe onboarding procedures for digital enterprises. It also aids in the prevention of money laundering and the reduction of cybercrime on online platforms.

Small Business Near Me is passionate about helping small and micro businesses with their marketing. Our blogs provide information about things to consider and ways you can manage some marketing on your own, and the digital marketing agency provides extra assistance for professional and affordable services.

Graffiti: The form of art that expresses your true personality and culture

Short on time? Let us add your business to the Au

Keep in touch with our regular marketing tips

Add your business to the Australian Small Business Near Me Directory

Latest news for small businesses in Australia, plus marketing tips.

The advancement in technology changed many things around us. We can perform online transactions, do online shopping, entertains ourselves, and do anything on the web.

Graffiti: The form of art that expresses your true personality and culture

Street art is a popular form of art that has slowly, yet steadily gained popularity all over the world. Today in big cities and places